To provide you with a more responsive and personalized service, this site uses cookies. By clicking "Accept", you agree to our use of cookies. For more information on the ones we use and how to delete or block them please read our policy. 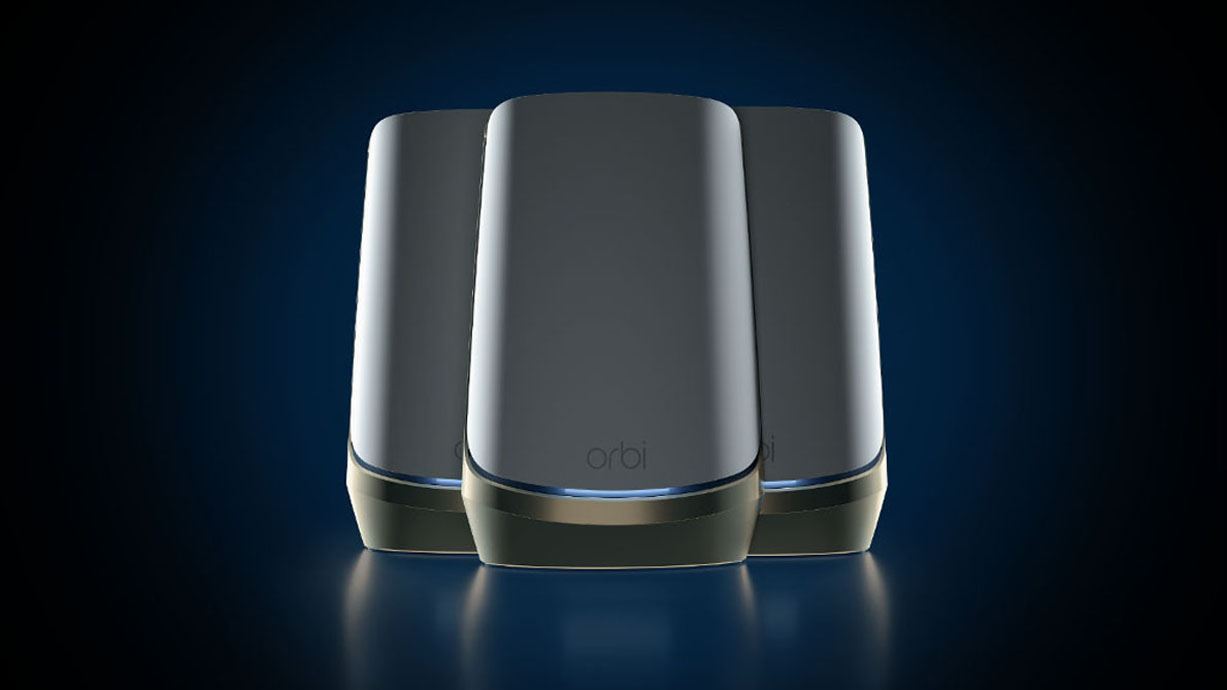 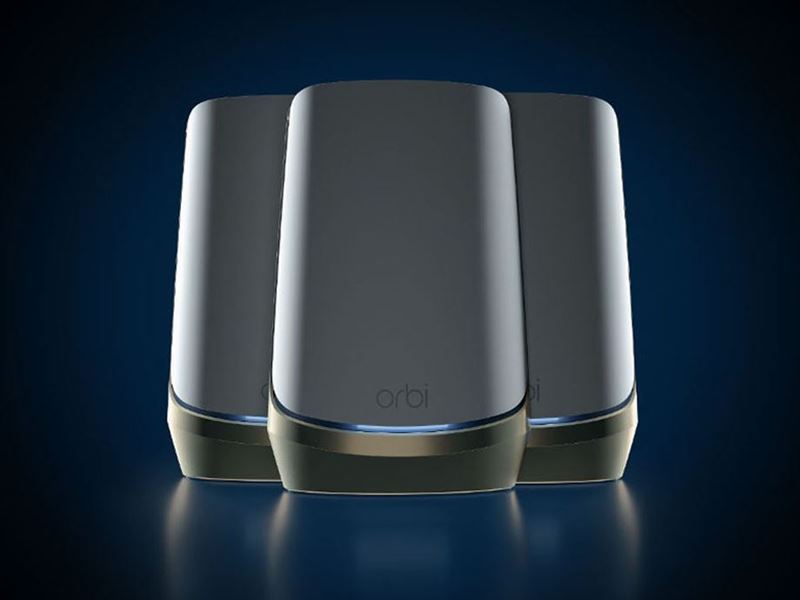 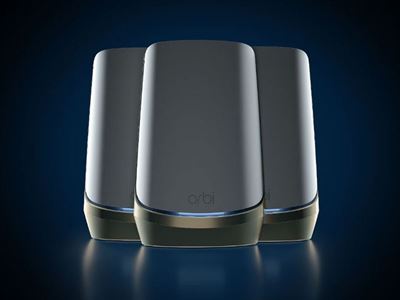 This past year pushed home networks to their limits. Average US household Internet speeds rose 30 percent and peak Internet traffic increased 38 percent over pre-pandemic levels. Activities necessitated by the pandemic such as remote work from home, virtual Zoom meets with friends and relatives, first-run movie streaming, online shopping, exercise, gaming, and ordering food are becoming the norm now and going forward. At the same time, Internet service providers are providing Gigabit plus Internet connections at scale, ranging from 1.2 to 2 Gigabits and even 10 Gigabits to homes. High-performance WiFi based on the latest 6E standard in the clear 6GHz band is the only means to harness such Internet speed at home to handle all these applications unimpeded.

This past year pushed home networks to their limits. Average US household Internet speeds rose 30 percent and peak Internet traffic increased 38 percent over pre-pandemic levels. Activities necessitated by the pandemic such as remote work from home, virtual Zoom meets with friends and relatives, first-run movie streaming, online shopping, exercise, gaming, and ordering food are becoming the norm now and going forward. At the same time, Internet service providers are providing Gigabit plus Internet connections at scale, ranging from 1.2 to 2 Gigabits and even 10 Gigabits to homes. High-performance WiFi based on the latest 6E standard in the clear 6GHz band is the only means to harness such Internet speed at home to handle all these applications unimpeded.

Devices running on the 2.4GHz and 5GHz WiFi bands will also experience an improvement in coverage and increased speeds of up to 30 percent with the Orbi RBKE960 Series due to the system’s upgraded WiFi radio and antenna designs relative to the previous flagship model, the Tri-band Orbi RBK850 series. To augment the increased WiFi speed, the Internet connection has also been upgraded to support up to 10 Gigabits, the fastest Internet speed available now or in the near term. Additional 2.5 Gigabit Ethernet ports have been added on the router and satellites to provide an option for wired connections for customers with the latest multi-Gigabit Ethernet devices.

The industry’s first quad-band WiFi 6E system, Orbi ensures maximum throughput with 16 WiFi streams – the highest specification available -- at all 3 bands, 2.4, 5 and 6GHz.  Furthermore, similar to the previous tri-band Orbi systems, the RBKE960 series uses a dedicated WiFi 6 backhaul, pioneered by NETGEAR, for data exchange between the router and satellites without impacting the performance of connected devices.

Orbi WiFi 6E 3 pack (RBKE963) provides lightning-fast, wall-to-wall Internet access to homes of up to 9,000 square feet for WiFi 6 connections and is easily expandable for larger spaces or denser coverage of WiFi 6E connections with the addition of extra satellites.

"As a leader in networking for more than 25 years, NETGEAR is committed to creating best-in-class WiFi products that maximize the benefits of the latest WiFi technology. This next technological leap represents everything we’ve been striving for,” said David Henry, President & GM of Connected Home Products and Services at NETGEAR. “From the moment multi-Gigabit Internet enters your home through our 10 Gb Ethernet port, to our quad-band architecture, 2.5 Gigabit LAN ports and improved 5GHz performance all the way down to your latest WiFi 6E devices, there’s not a single bottleneck in this system. Our new Orbi Quad-band WiFi 6E Mesh System delivers top-of-the-line performance for not only today’s needs, but also for the future requirements of even the most demanding and sophisticated smart homes.”

The new Orbi system also supports four separate WiFi networks. In addition to the default home WPA3 mesh network for 2.4, 5 and 6GHz devices and a guest network, users have the option to set up their new 6E devices on an exclusive WiFi 6E network to ensure these devices realize the best speeds and performance possible. There is also an IoT network for smart home devices such as smart plugs, lights, sprinklers, etc. that only support WPA2. These discrete networks allow for flexibility of network configuration, maximum performance and the separation of less secure devices from the main network.

For added peace of mind, Quad-band Orbi WiFi 6E includes a free 30-day trial of the newly enhanced NETGEAR Armor™ service to protect the connected home from online threats. Unlike traditional endpoint Internet security products, NETGEAR’s Armor is built into the router as a comprehensive security solution to monitor activity going to and from the Internet, protecting all the devices on a network, including Smart TVs, security cameras, game consoles, smart speakers, streaming players, and other smart home gadgets which typically would not be able to be loaded with Internet security protection software by users.  NETGEAR’s Armor also protects the traditional computing devices such as smart phones, tablets, laptops and desktops, while eliminating the need for multiple security subscriptions or software on each of these computing devices. Also available as a paid subscription on the new system is NETGEAR’s Smart Parental Controls™, which help parents easily manage their children’s time and access online across all connected devices– ultimately promoting safe and healthy screen habits.

Availability
The award-winning design of Orbi has made it an elegant and unobtrusive element in some of the world’s most sophisticated homes. The Orbi Quad-band Mesh WiFi 6E System RBKE963 (router and two satellites) will be available for preorder today in the US and shortly in the UK on NETGEAR’s online stores (NETGEAR.com and NETGEAR.co.uk) -- shipping in time for the holidays -- and in other regions as WiFi 6E is approved. NETGEAR will also offer the Orbi WiFi 6E Black Edition for a limited time on NETGEAR.com. For larger homes looking to expand WiFi 6E coverage throughout every room NETGEAR will offer additional satellites and bundles on NETGEAR.com as well.

NETGEAR® (NASDAQ: NTGR) has pioneered advanced networking technologies for homes, businesses, and service providers around the world since 1996 and leads the industry with a broad range of award-winning products designed to simplify and improve people's lives. By enabling people to collaborate and connect to a world of information and entertainment, NETGEAR is dedicated to delivering innovative and advanced connected solutions ranging from mobile and cloud-based services for enhanced control and security, to smart networking products, video over Ethernet for Pro AV applications, easy-to-use WiFi solutions and performance gaming routers to enhance online game play. The company is headquartered out of San Jose, Calif. with offices located around the globe. More information is available from the NETGEAR Investor Page or by calling (408) 907-8000. Connect with NETGEAR: Twitter, Facebook, Instagram and the NETGEAR blog at NETGEAR.com.

©2021 NETGEAR, Inc. NETGEAR the NETGEAR logo, Nighthawk and Orbi are trademarks and/or registered trademarks of NETGEAR, Inc. and/or its affiliates in the United States and/or other countries. Other brand and product names are for identification purposes only and may be trademarks or registered trademarks of their respective holder(s). The information contained herein is subject to change without notice. NETGEAR shall not be liable for technical or editorial errors or omissions contained herein. All rights reserved.

ADD ALL TO MEDIA CART DOWNLOAD ALL Highest quality files will be downloaded for all the assets. If you need a different quality of the file please download the asset individually.

Tell Us About You

Please provide all information before downloading.

Some of the media files you're downloading require you to agree to certain restrictions.

You must complete additional steps or remove assets to resume downloading.

Tell Us About You

Your Media Cart has been sent to:

You must enable cookies in your browser to use the Media Cart feature.

Thank you for getting in touch with us, we’ll get back to you as soon as possible.

Some items have been removed from your Media Cart because they are no longer available or expired.

Stay Up To Date!